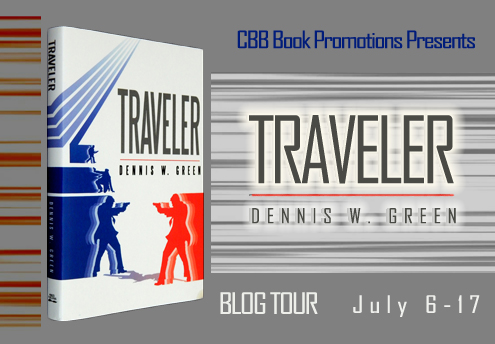 Welcome to my tour stop for Traveler by Dennis W. Green! Traveler is an adult science fiction novel. The tour runs July 6 – July 17 with reviews, interviews, guest posts and excerpts. Check out the tour page for the full schedule. 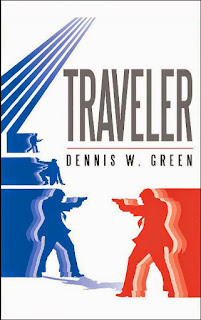 Blending mystery, police procedural and sci-fi, Traveler is a thriller in the tradition of Daniel Suarez and Dean Koontz, with just a dash of Jim Butcher.

Police detective Trav Becker can travel between parallel realities. So can other versions of him. And one is systematically killing every Trav he can find.

Trav must fight to keep the very fabric of time itself from unwinding as he hunts the most dangerous quarry of all… himself.

He must hunt the most dangerous quarry of all… himself.


Amazon | Goodreads
----------------
Review:
I found the idea of a man that can travel between parallel realities interesting. Especially interesting that a version of the man; Trav Becker, is out to kill the other Trav Beckers. Of course nothing as simple as that as I found out along the way while reading the book. Nothing is really as it seems.

I admit that I had some problems getting into the story, it felt a bit messy with all the different realities and personally I just couldn't understand why "killer" Trav Becker would want to kill all other Trav Beckers. Especially since it should be countless Trav Beckers out there. But then again, it seemed that he was a bit crazy, and crazy people thinks different than the rest of us.
But as I stated before, nothing is that simple and in the end the story takes a different turn that I had expected and suddenly it became very interesting when the truth revealed itself. I think my favorite part of the book was when several Trav Beckers worked together. Loved that. It was a good book and I'm looking forward to reading the next one.
About the author: 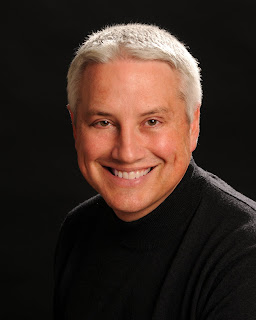 Specialization is for insects.

Ask someone how they know Dennis Green and you might get any one of the following: Writer, DJ, actor, MC, swimmer, teacher, reporter, tech geek, husband, or dad. So it’s little wonder his favorite expression is the above quote by Robert Heinlein’s spacefaring immortal, Lazarus Long.A popular radio personality in his native Iowa, Dennis’s adventures as a DJ were covered by newspapers from Anchorage to Los Angeles. He has also worked on the stage, TV, and independent film. He is one of the Midwest’s most popular MC’s, hosting dozens of events each year.

Dennis’s first novel, the sci-fi detective thriller, Traveler, ranked in the Top Ten in the 2014 Ben Franklin Independent Publishing awards, and has a 4.9 review average on Amazon.. Prisoner is the second volume of the Traveler Chronicles, and will be out in the summer of 2015. Trav Becker’s saga concludes in the final volume of the trilogy, Hunter, which is due in 2016.

Dennis’s writing has appeared in the anthology Sadistic Shorts, magazines including Grift and Romance and Beyond, as well as his own blog at denniswgreen.com. He also writes for and edits the triathlon news site heartofamericatri.com.

By day, he is the general manager of Iowa’s only jazz radio station, KCCK-FM. And if it’s 5:30 am, you can probably find him in the pool, working out with the Milky Way Masters swim club.

This event was organized by CBB Book Promotions.