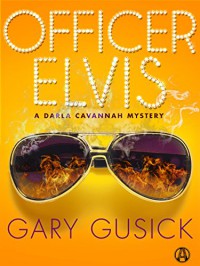 In the vein of Harlan Coben and Lisa Gardner, Gary Gusick takes readers on an explosive ride-along with Mississippi detective Darla Cavannah, a Yankee transplant making her name in the Deep South.

After performing at a local old-folks home, off-duty police officer and part-time Elvis impersonator Tommy Reylander smoothes out his pompadour, climbs into his pink Caddy, and gets all shook up—fatally so, when a bomb explodes. Whether he was killed for his police work or bad singing is a mystery that detective Darla Cavannah is determined to solve.

Though it’s been several years since Darla (reluctantly) partnered up with Tommy, she convinces her boss to let her lead the murder investigation. As the new regional director of the Mississippi Bureau of Investigation, Shelby Mitchell can think of better uses for his star detective’s time, but not even the most hardened good ole boy can resist Darla’s smart, savvy persuasions. She soon embarks on a roller coaster ride through the world of Elvis tribute artists while tracking down one of the most bizarre serial killers in the history of the Magnolia State. Aiding her pursuit of the killer is recently reprimanded officer Rita Gibbons, fresh from the trailer park and described by Shelby as “half a licorice stick short in the manners department.” But Rita’s plenty smart, even when this case takes their suspicious minds in an entirely unexpected direction.

After a performance at old folks home, off duty police officer and part-time Elvis impersonator Tommy Reylander climbs into his pink Cadillac and is promptly blown to smithereens. Detective Darla Cavannah, who used to work with Tommy years ago, is determent to find his killer. Now she must go investigate all Tommy's enemies. But when more Elvis impersonators is starting to die must Darla re-valuate the while case, is there someone out there who just do not like the King of Rock and Roll, or have something against Elvis impersonators?

This cozy mystery book was actually a lot of fun to read. I liked Darla Cavannah, she's a tough chick and she made a great team with Rita Gibbons, who is back out in the field after being reprimanded for crashing a department SUV during a chase. Rita is an Elvis fan and that was handy on this case on the case to have. Also, she is a funny character and Darla & Rita work great together.

The case in itself was OK; I wasn't completely taking in by it. Don't take it wrong, I enjoyed reading the book and I would very much read more in this series. But it was a very lighthearted book and I prefer my crime novels to be a mix of light and dark or just dark. This felt a bit too whimsical for my taste. But it is a perfect book to read when you need something lighthearted in your life. But I must admit I was a bit surprised when it came to the killers identity, I don't want to give the story away, but who he was supposed to be was a bit of surprise, especially since I don't know much about the fellow in question he thought he was. Confusing? Yeah, but this is part of the plot and I just don't want to give it away.

So this book gets 3.5 stars. I actually changed the rating writing this review, gave it a half star more because I did enjoy the book! 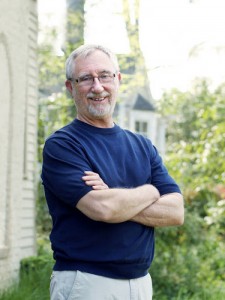 Gary Gusick is the author of The Last Clinic. A former advertising executive with more than thirty years experience as a copywriter and creative director, Gusick has won numerous national and international awards for creative excellence in advertising.

Thursday, April 30th: I’d Rather Be at the Beach

Tuesday, May 5th: Queen of All She Reads

Tuesday, May 12th: Mom in Love with Fiction