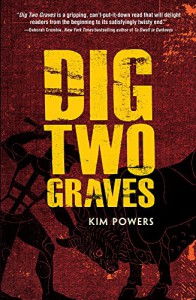 “Before you embark on a journey of revenge, dig two graves.”—Confucius

In his twenties, Ethan Holt won the decathlon at the Olympics and was jokingly nicknamed “Hercules”; now, in his late thirties, he’s returned to his ivy-covered alma mater to teach, and to raise his young daughter Skip as a single father. After a hushed-up scandal over his Olympics win and the death of his wife in a car accident five years ago, Ethan wants nothing more than to forget his past. Skip is not only the light of Ethan’s life–she is his life. Then, Skip is kidnapped.

A series of bizarre ransom demands start coming in that stretch Ethan’s athletic prowess to its limits, and he realizes with growing horror that they are modern versions of the Twelve Labors of Hercules, demanded in tricky, rhyming clues by someone who seems to have followed every step of Ethan’s career.

“Connections to Greek mythology add a deeper element to the kidnapping plot…and the eventual truth about the kidnapper is quite a shocking reveal…. Enough adrenaline to please fans of Dan Brown and those who appreciate thrillers with literary roots.”—Kirkus Reviews

“Kim Powers is a bright, new, intelligent voice in crime fiction. His characters are drawn with great empathy and understanding, and Dig Two Graves is a gripping, can’t-put-it-down read that will delight readers from the beginning to its satisfyingly twisty end. A must read!”—Deborah Crombie, New York Times Bestselling author of To Dwell in Darkness

Ethan “Hercules” Holt won in his twenties the decathlon at the Olympics. But now thirteen years later is he teaching at his alma mater and raising his young daughter Skip and trying to move on with his life after his wife death five years earlier. But the day after his birthday party is Skip kidnapped and the kidnapper wants Ethan to perform the Twelve Labors of Hercules. If he fails will he never see her alive...

DIG TWO GRAVES is a well-written and intensive thriller about obsession. Ethan and Skip live an ordinary life in a small town and since there are just the two of them are they very close. But the birthday party that Skip had planned didn't turn out as she wanted it to. She was hurt that her father didn't seem to appreciate the movie about his life that she has made and that Ethan had invited Wendy his girlfriend to the party. But, Ethan notices they day after when he comes home after working that Skip has planned to cook dinner to him, but she has never got to it, she is gone...

I think Kim Powers has done tremendous work of writing a thriller that shows just how far a father would go to find his daughter. His love for Skip shines through the book and every obstacle he takes on pushes him closer to finding her and also learning the truth about the kidnapper. In the middle of the all we also have a young man that is looking for the truth from Ethan, is he involved with the kidnapping? I had my suspicious towards the end on whom the kidnapper would be, but that never ruined the reading. And, the ending was heartbreaking.

DIG TWO GRAVES is a great book and a perfect book for anyone that is looking for a good thriller. 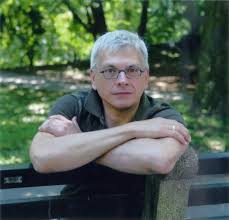 Kim Powers is the author of the novel Capote in Kansas: A Ghost Story as well as the critically acclaimed memoir The History of Swimming, a Barnes & Noble “Discover” Book and Lambda Literary Award finalist for Best Memoir of the Year. He also wrote the screenplay for the festival-favorite indie film “Finding North.” In 2007, he was selected as one of the “Out 100” —Out Magazine‘s top 100 most influential members of the LGBTQ community in the country.

Powers is currently the Editorial Producer/Senior Writer for ABC’s 20/20, and has written for numbers ABC shows including What Would You Do? with John Quinones, and primetime specials with Diane Sawyer, Barbara Walters, Robin Roberts and Katie Couric. He won both Emmy and Peabody Awards for his 9/11 reporting for Good Morning America, and for the past two years has received the Edward R. Murrow Award with ABC News for Overall Excellence.

A native Texan, he graduated from Austin College, where we was just named a Distinguished Alumni, and also received an MFA from the Yale School of Drama, where he was managing editor of Theater Magazine. He lives in New York City and Asbury Park, NJ.